Haiti is being crushed by debt now, due to the tsunami.

Hi,
I’ve just signed a petition for the cancellation of Haiti’s US$1 billion debt. Haiti’s people should not be made to pay back loans made to unelected dictators years ago even as they struggle to recover from the earthquake.

You can read more below, or sign the petition here

—
It’s shocking: even as aid flows in to Haiti’s desperate communities, money is flowing out to pay off the country’s crushing debt — over $1 billion in unfair debt racked up years ago by unscrupulous lenders and governments.

The call for full cancelation of Haiti’s debt is building steam across the world, and has won over some leaders — but other rich lender countries are rumoured to be resisting. And time is short: G7 finance ministers could reach a final decision next week at their summit in Canada.

Let’s raise a massive global call for justice, mercy and common sense for the people of Haiti in this hour of tragedy. Avaaz and partners will deliver the call for debt relief directly to the summit — click below to sign the petition, and then pass this email to friends

Even before the earthquake, Haiti was one of the world’s poorest countries. After Haitian slaves rose up and won their independence in 1804, France demanded billions in reparations — launching a spiral of poverty and unjust debt that has lasted two centuries.

In recent years, the tremendous worldwide campaign for debt relief has awoken the world’s conscience. And in the last few days, under mounting public pressure, lenders have begun to say the right things about erasing Haiti’s still-devastating debt burden.

But the devil is in the details. After the 2004 tsunami, the IMF announced relief from debt payments for stricken countries — but the underlying debt went right on growing. Once public attention had faded, the debt payments were bigger than ever.
It’s time to cancel Haiti’s debt fully and without conditions, and ensure that earthquake aid is made with grants, not loans. A victory now will change lives in Haiti even after the world’s attention has moved on. Join the call for debt relief, and pass this message to those who feel the same:

As we watch the images on our televisions and computers, it’s hard not to be overwhelmed. And the history of rich countries’ relations with Haiti is dark indeed.
But moments like this one can bring transformation. Across the world, people have donated to save lives in Haiti — indeed, Avaaz members have given more than $1 million in the last ten days. But we also need to raise our voices as global citizens, to address the man-made tragedies that left our brothers and sisters in Haiti so vulnerable to natural crises.

There is not enough that we can do. But let’s all do everything we can.
With hope,
Ben, Alice, Iain, Ricken, Sam, Milena, Paula, and the whole Avaaz team 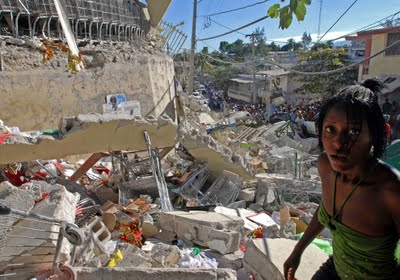 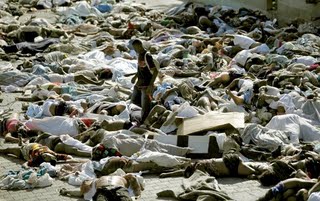