the global parliament, or Earth Forum, is an idea I have entertained for a few years. In 2012 I called it World Council, (tumblr) (1000stemmer), which in brief was an idea to centralise a fact-gathering of global worries as topics for locals, professionals and other interested to comment on.

I realise I am not the only one speculating in the direction of a community driven council to the people of Earth, but with recent and sudden changes in global stressors I was inspired to finalise a framework comparable to community service.

END_OF_DOCUMENT_TOKEN_TO_BE_REPLACED 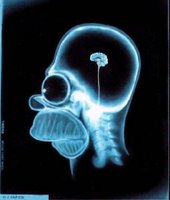